What Digital Footprints Are You Leaving Behind? 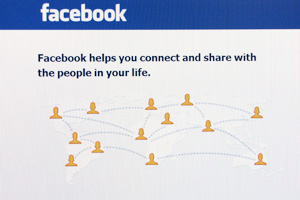 Social media sites are not only used to connect with friends, but they are also used as a hiring tool for employers.

The trend for human resources professionals to include Googling job applicants as part of the screening process is growing, said a Texas Tech social media expert.

John Wirtz is an assistant professor of public relations in the College of Mass Communications and teaches a new class in social media. Wirtz said it’s usually when they’re moving beyond that first cut of applicants and are making decisions about further interviews or hiring someone that employers look to one’s social media sites for insight to the person.

Cross-Tab Marketing, commissioned by Microsoft, found that about 75 percent of U.S. companies use online searching as part of the screening process, Wirtz said. Most frequently that included Googling candidates.

“So it means finding a balance between who you are publicly and recognizing that the days of simply putting on your best suit or skirt and handing over a polished resume as the complete application process are over – recognizing that with the new media, specifically social media ‘revolution,’ your face is out there all the time,” he said.

Doug Buchanan agrees. The assistant vice president for human resources at Texas Tech says that after you are hired, the employer can only consider what you do, not who you are.

“Prior to being hired they can evaluate any information they are provided to determine what type of person you are,” Buchanan said. “If they do this remotely, without you there to provide context, this information can misrepresent you and your intent. It is certainly their opportunity to mix personal and professional considerations to evaluate your “fit” with their organization.

“Things targeted to a group of friends that have the larger context but are available to the general public without that context can be skewed to a strange point of view,” Buchanan said. “Comments that represent a political or religious point of view can be evaluated not only for fit but for judgment in making these generally available. Again, there is danger in others interpreting your meaning without you there to defend or again place in proper context.”

Danette Baker, mother of a recent college graduate, and now a nontraditional student herself, said long before she had even heard the term “digital footprint,” she was using Yahoo, Google and social networking sites to gather background information prior to job interviews — both as the interviewer and interviewee.

“Some of what I found amazed me probably because I grew up in the era of pen, paper and Polaroids. Once it was committed to paper, or film, you could never take it back.”

“As a mother of three, I have often heard the argument by today's generation that comments and photos on sites such as Facebook or Twitter should not be taken seriously. After all, they just capture a minute moment in time,” Baker said. “The problem however, is that your digital footprint does not necessarily retain that moment-in-time context, but instead allows the viewer to fill in the blanks based on what is there or not.”

Wirtz also believes there will be some pushback from people who argue for privacy, where federal and state agencies are asking the question, “should this stuff be private.”

“Like an employee who tweets or posts disparaging comments about her boss and gets fired for it – she does have a First Amendment right. So that is a gray area,” Wirtz said. “We’re kind of in a new era. People have always gone to the corner bar, or out with the girls, and talked about politics, or jobs or bosses – the difference is with social media, everyone is listening to the conversation.”

His advice to students is to be more aware of the types of things they post – from the drunk party pictures, to the crazy person on the beach, to the type of comments.

“At least regularly Googling your own name can give you an idea of what is out there.”