The Summer of the Superhero 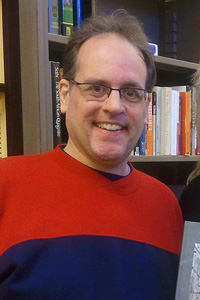 Weiner is optimistic about the summer's leading superheros and said these films are getting more hype than ever before.

This summer’s movie industry is flooded with comic book action figures coming to life. Thor and X-Men were the first to hit the theaters and will soon be followed by films with even more hype, Green Lantern, Captain America and Transformers.

Weiner said Captain America, set to release on July 22, is next to Spider-Man, Marvel Comic’s most iconic character.

“Captain America represents truth, justice and the American ideal,” Weiner said. “Dressed up in the American flag, Captain America is the human form for Democratic principles. He is beyond partisan politics and is the embodiment of the founding concepts America was based on.”

Green Lantern, heading to theatres on June 17, may not be a character well known to the public. However, with Ryan Reynolds as its star, Weiner said he believes people will be curious about the film. As for Transformers, Weiner describes the films as “popcorn”, fun films that he has no doubt will do well in the box office.

Weiner is the author of Marvel Graphic Novels and Related Publications, an Annotated Guide, a 385-page reference work focusing on Spider-Man, Iron Man and The Fantastic Four, and has edited a book on Captain America called “Captain America and the Struggle of the Superhero.”