The School of Music will host the 28th annual Summer Jazz Festival concert at 8 p.m. June 28. 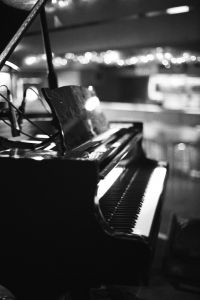 The Summer Jazz Band will perform music by the Stan Kenton Band, the Caribbean Jazz Project, the Tito Puente Orchestra and Dave Zoller.

The Summer Jazz Band will perform music by theStan Kenton Band, honoring the 100 years since Kenton’s birth. Kenton was one of the first band leaders to feature Latin music. To reflect that innovation, the jazz band will play music from the Caribbean Jazz Project and the Tito Puente Orchestra.

“This concert has something for everyone. We are playing fiery Latin music in the style of Stan Kenton,” said Alan Shinn, professor of percussion. “The evening will be a great escape and it’s free!”

Inspired by the Texas Tech Steel Drum Band’s recent visit to New Orleans, the Summer Jazz Band will also perform “Royal Street,” a Dave Zoller chart that takes the listener on a stroll of Royal Street where the sounds of bands can be heard coming through the doors of the venues during a stroll in the French Quarter.

The concert will also feature three vocalists, Rachel Boyd, Clair Pender and Andy Johnson. Boyd will sing “Honeysuckle Rose,” while Pender will play piano and sing “My Shining Hour.” Johnson will perform the Frank Sinatra classic, “One For My Baby,” a Frank Mantooth arrangement commissioned by the Texas Tech Jazz Ensemble and directed by Alan Shinn.