Wilma Leslie, an alumna from the class of 1930, paints a rare snapshot of the university's history. 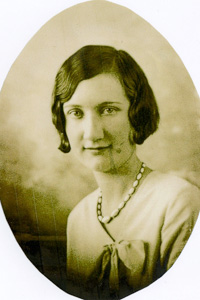 Wilma Leslie, who majored in home economics, attended the college from 1928-1930 when tuition was a mere $30.

It’s 1928 in Lamesa, a city 60 miles south of Lubbock, and the graduation ceremony from the town’s high school just took place. The class composed of girls and boys includes Wilma Jones, now Wilma Leslie. Two years after, later-governor of Texas, Preston E. Smith would graduate. Both individuals would leave Lamesa to attend Texas Technological College, now Texas Tech University, Leslie with a certificate in home economics and Smith graduating with a bachelor of business administration.

Smith passed away in 2003, but Leslie lives today at 100 years old. She still remembers her contact with Smith and returns every five years to their high school’s combined reunion.

Leslie attended the college from 1928-1930 during the academic and summer sessions. She said she still remembers the terms were divided into three sections: a fall, winter and spring session. Leslie can vividly recall many specific events that went on during her time at Texas Tech including professors, leisure time and landscape.

“I remember one professor, Dean Weeks, she wore white gloves and went around the windows to see if we dusted well,” Leslie said. “Inspection was about once a month and somebody was always watching and waiting for her.”

Although Margaret Watson Weeks, dean of home economics, was a tough professor, Leslie said she had good intentions.

“We were scared of her. She was strict and wanted our sewing and cooking to perfection, but it was good for us. We did learn,” Leslie said.

When Leslie went to Texas Tech, in the first eight years of the college, it was common that most students lived off campus in private housing which had to be approved by the college. Leslie said she lived with seven other girls in a house where they had one telephone that was not used much and where she got along well with her roommate.

“The woman who owned the house we lived in would cook for the girls in the house and others who came over to eat,” Leslie said. “There were rules in the house. Boys could come visit, but of course could not go upstairs. There was a curfew, too. It was probably 10 on school nights and a little later on weekends, maybe 11.”

For fun, Leslie said there was not much to do, so she and her friends would drive around in someone’s car or ride the bus all throughout downtown since it did not cost much. If they felt adventurous she said they would go off campus and dance, but many of the dance halls were not approved for college students, so they could face probation. Most of the time Leslie said she and her friends would hang out at their favorite place.

“There was this drugstore on College Avenue, now University, where we would drink Cokes in the afternoon and just sit around and yak,” she said.

Leslie said all the girls always had a game of bridge, the card game, playing on someone’s bed. It was something they all enjoyed and to this day she still plays and wins. In terms of the courting process, Leslie said when she went on dates she did about the same things she would do with her friends; going to the movies and driving around was how you got to know someone.

“In those days you didn’t pick up the phone and talk to someone for a while. I met my husband when he was a senior at Tech and I was a freshman. After he finished school we started corresponding, and after about a year and a half we married,” Leslie said. 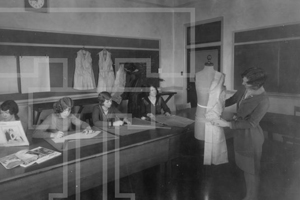 Will E. (Bill) Leslie and Wilma Leslie were married 58 years. Bill Leslie graduated in 1929 in the first four-year graduating class from Texas Technological College with a civil engineering degree, though he worked more in the electrical engineering field and then became a florist in Memphis, Texas. Wilma Leslie said she and her husband were ever grateful for his education from Texas Tech when the Great Depression hit.

“Bill always had a job and didn’t get laid off. While it affected others, we didn’t really suffer. Texas Tech paid off,” she said.

Wilma Leslie went to college when tuition was only $30 and Paul Horn, the first president of the university, presided. Classes were held in only five buildings at the time: the west engineering, textile engineering, dairy barn, administration and home economics buildings. The football team was called the Matadors. The Leslies have seven great-grandchildren and five grandchildren that went on to attend Texas Tech.

“Texas Tech has changed by leaps and bounds since I went, but it is a wonderful school, and I think one of the leading universities. I hope and I’m sure that my family will continue to attend,” she said.