The Texas Tech chapter of Sigma Xi is increasing its efforts to promote growth and recruit new members. 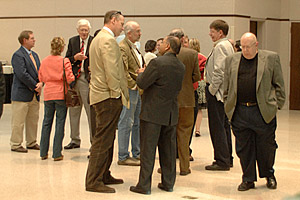 As Texas Tech continues on a journey to Tier One research university status, the importance of scholars joining together to share and advance in knowledge and discovery becomes more important. One organization that facilitates these goals is seeing resurgence at the university.

The Texas Tech chapter of Sigma Xi, the international scientific research honor society based in the sciences and engineering disciplines, is increasing its efforts to promote growth and recruit new members. The efforts were initiated by Michael San Francisco, associate vice president for research (faculty development) and renewed Sigma Xi member, and former Texas Tech Sigma Xi President Gary Elbow, as a way to promote interactions and dialogue among faculty to enhance quality, trans-disciplinary research.

“By participating in Sigma Xi activities, faculty and students can become aware of what others do in their research and this may stimulate discussions, formulation of new ideas and further the cause of science and engineering over the long-term,” San Francisco said. 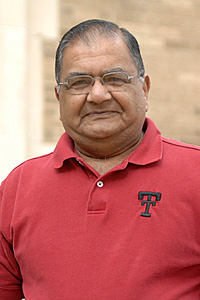 Kishor Mehta, current president of Sigma Xi at Texas Tech, has been a member of the organization since 1967.

Members and associate members are elected based on their research achievements and research achievement potential, but membership is open to all qualified individuals interested in science and engineering. At Texas Tech, members and associate members consist of faculty and graduate students at the university and the Texas Tech University Health Sciences Center.

“Sigma Xi encompasses all disciplines – science, engineering, medical school, bioengineering, biomedicine, biochemistry,” said Kishor Mehta, current president of Sigma Xi at Texas Tech and member since 1967. “But all of the faculty who are doing research can join. Graduate students who are pursuing research and have potential to go into research can join as associate members. Even undergraduates can join as associate members as long as a faculty member nominates them saying he or she is pursuing research.”

Many Sigma Xi members started in the organization as associate members, including Taylor Eighmy, vice president for research at Texas Tech.

“I joined Sigma Xi as an associate member in the early '80s and then became a full member,” Eighmy said. “Being involved in the Texas Tech chapter brings back many memories of when I was an aspiring graduate student. It meant an immense amount to be nominated into Sigma Xi, to be inducted and to participate in the organization.”

Eighmy said he is excited about the new growth of the organization and the possibilities of the future for research.

“If you look at other major universities, they have active chapters,” Eighmy said. “ I am very appreciative of the steering committee and Gary Elbow’s perseverance in keeping the chapter alive for as long as he has, so it can stand up again. I am also very taken by the fact that it involves both Texas Tech University and the Texas Tech University Health Sciences Center, which provides an opportunity for collaboration in a wide variety of subject areas not necessarily available at other institutions.” 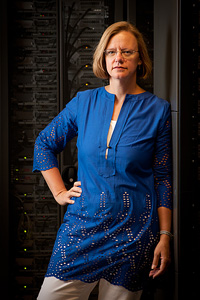 In January, Sigma Xi announced Texas Tech alumna Kelly Sullivan as the next president of the international organization. She was elected president of the 125-year-old society at Sigma Xi’s annual meeting in Raleigh, N.C.

“It’s a matter of pride, as a minimum,” Mehta said. “The fact that one of our alumni has gone somewhere else and surfaced in Sigma Xi to a level where she will be president of the entire society nationwide. At the same time, she will be a role model for all researchers. We are very proud of the fact that she will be national president.”

Texas Tech and Petroleum Engineering are All in the Family