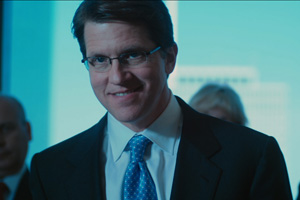 Lanier appears in three scenes as a character brought in to help with case specifics. He said the movie does not focus on the sole case, rather is a compilation of several cases with a Hollywood effect.

A 1984 graduate from the School of Law and founder of The Lanier Law Firm, Mark Lanier, plays the role of a lawyer named Mark Lanier in the 2011 film “Puncture.”

The film, directed by Adam and Mark Kassen and written by Paul Danziger, tells the story of Mike Weiss, a drug-addicted lawyer, who takes on a health supply corporation in an antitrust case. The case involved a patented safety syringe and a company’s struggle to get the syringe to the market. The safety of health care workers plays a part in the case; as Weiss and his former law partner, Danziger, find a nurse who punctures herself on a syringe and faces severe side effects, the movie surges forward.

Lanier appears in three scenes as a character brought in to help with case specifics. His firm did have a role in the real-life case, and the movie is based on a true story. However, Lanier said the movie does not focus on this sole case, rather is a compilation of several cases with a Hollywood effect.

Lanier said he enjoyed his Hollywood debut and was paid $497 for his work. He also said he was in good company with first-class actors such as Chris Evans and Brett Cullen, and above all he was thankful for his familiar role.

“My biggest concern was not wanting to stand out as a ‘non-actor.’ Since I was playing a lawyer, which is what I am in real life, I didn’t really have to act. Just had to be me,” Lanier said.

He said he recalled a situation on set where an extra figured out who he really was.

“At the filming of one of the scenes, an extra asked me, ‘You are the real Mark Lanier, aren’t you?’ I said, ‘yes.’ He said, ‘I knew it. I read for your part and didn’t get it. I told those people over there, no wonder I didn’t get it they found an actor that looks just like Mark Lanier. Then I figured out it was you,’” Lanier said.