The Girl in the Picture: Living Vietnam War Symbol to Share Story

Kim Phuc will speak in the Vietnam Center Lecture Series at 7 p.m. April 14. 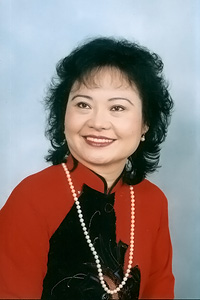 In 1972, Phuc was photographed running down a road naked, screaming from burns she received from a napalm strike.

Kim Phuc, known to most as "the girl in the picture," will share her story at 7 p.m. Thursday (April 14) in the Allen Theater of the Student Union Building as part of a guest lecture series presented by Texas Tech's Vietnam Center and Archive.

In 1972, Phuc (pronounced "fook") was photographed running down a road naked, screaming from burns to her skin, after a napalm strike on her village. The Pulitzer Prize-winning image became a worldwide symbol of the Vietnam War and raised awareness of the cruelties of war.

Phuc suffered third-degree burns that required years of operations and therapy. Today, she is able to share her story of recovery, forgiveness and courage as a United Nations Educational, Scientific and Cultural Organization (UNESCO) Goodwill Ambassador for Peace.

Phuc currently runs The Kim Foundation International, a non-profit organization dedicated to children in war-torn areas. Its mission is to provide both medical and psychological assistance to help restore hope and happiness in children's lives.

Admission to the lecture is free and open to the public.

Summit to Focus on Strategies to Advance Diversity