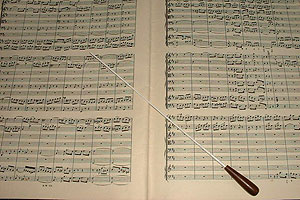 General admission tickets are $8 in advance and $10 at the door.

The Texas Tech School of Music will host the 35th Annual Scholarship Concert at 8 p.m. April 29-30 in the Hemmle Recital Hall.

The concert, which raises money for School of Music scholarships, will include John Adams’ “On the Transmigration of Souls,” commemorating the 10th anniversary of Sept. 11, 2001; Richard Strauss’ “Death and Transfiguration”; Copland’s “The Promise of Living” from “The Tender Land”; Gershwin’s “I got Rhythm” from “Girl Crazy”; and “Oh Lord, I’m on My Way” from “Porgy and Bess.”

More than 200 voices will be accompanied by the 80-piece Texas Tech Orchestra. The concert will also feature Norman Garrett, a baritone, and native of Lubbock, who earned a bachelor of music from the School of Music in 2005. Garrett performed with the Cincinnati Opera, the Southwest Florida Symphony Orchestra and recently won the Philadelphia District Metropolitan Opera Council Auditions. He is currently a first-year resident artist at the Academy of Vocal Arts in Philadelphia.