The screening will be at 7 p.m. March 24 in the Escondido Theater. 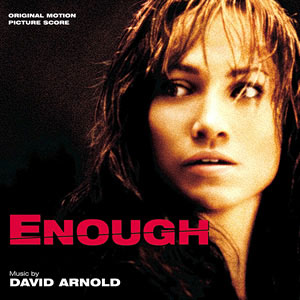 The movie revolves around Jennifer Lopez's character fighting to keep herself safe from her abusive husband.

The Texas Tech Women's Studies Program and the Texas Tech student chapter of American Association of University Women will host a film viewing and discussion of "Enough" at 7 p.m. March 24 in the Escondido Theater at the Texas Tech University Student Union Building

As part of Women's History Month, the viewing derives its inspiration from the National Women's History Project theme, "Our History is Our Strength," which honors women from all generations.

During the 1990s and into the 2000s, Hollywood produced a number of films with similar plot lines in which women played the heroes in dominant male-driven films. The female avenger role leads to the discussion of how women's image in film is built and defined by both the maker and the audience.

Following the viewing, the discussion will explore Lopez's role – tying her appeal to female audiences to the nature of the strong female character.

This event is free and open to the public. Visitor parking is available in the Student Union parking lot.