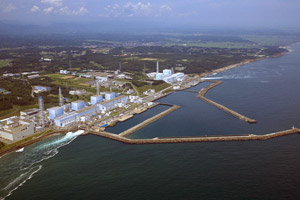 Fukushima Daiichi has six nuclear reactors online with two scheduled to come online within the next two years.

Ron Chesser, director for the Center of Environmental Radiation Studies at Texas Tech University, was the first American scientist allowed inside the exclusion zone in 1992 following the Chernobyl disaster. He can discuss issues that Fukushima workers may be facing in light of the cooling system troubles.

Chesser said that though reports have stated the reactors were shut down safely, the reactors still must be cooled constantly to avoid a meltdown of the core. 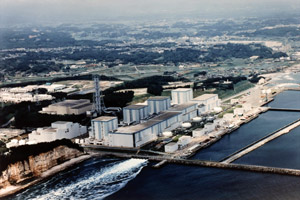 All four reactors have been shut down at Fukushima Daini.

“The fact they’re having trouble cooling the reactors is going to trigger an emergency,” Chesser said. “There are certain trigger points for declaring an emergency at nuclear reactors. Reduction in cooling capacity would be one of those. Release of radiation would be another. Reactors are not like your car that you can turn off and walk away. They’re going to continue generating a great amount of heat until the core is disassembled. Without cooling water, then you stand a real chance of a meltdown of core that could result in a large release of radiation, potentially.”

However, Chesser, who has toured a smaller Japanese nuclear power plant in Chiba, said Japanese designers put many precautionary measures and contingency plans in place to ensure reactor safety in the event of an earthquake.

“I was very much impressed with the amount of attention to safety, especially regarding potential of earthquakes,” he said. “I was a little bit surprised when I saw they had a looming crisis at the Fukushima power plant just because of all the great attention the Japanese pay to earthquake safety.”

Also, the Fukushima reactors appear to have containment vessels over them unlike Chernobyl, he said.

Though there is cause for concern, Chesser said he thought workers at the plant must have some cooling capacity available, since the evacuation radius from the plant was only 1.9 miles and affected 3,000 people.

“I think that sounds like that’s a low-level alert,” he said. “It didn’t sound like there were that many people being evacuated. At Chernobyl, when it went, they eventually were evacuating people 18 miles away from the reactor. It doesn’t sound like there’s an imminent issue, but it is serious. Any time you have a nuclear facility that size that is not meeting requirements for cooling, you have a real emergency on your hands.” 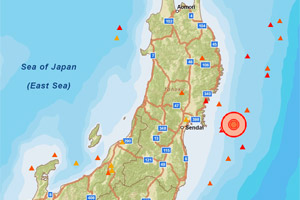 Click on image to visit Texas Tech’s map of near-real-time aftershocks from the Japan quake.

According to the Tokyo Electric Power Company’s (TEPCO) website, the Fukushima Daiichi plant has six functioning nuclear reactors with two more that are scheduled to come online in the next two years. Recent reports from the company have said reactor Nos. 1, 2 and 3, were shut down because of the quake, but 4, 5 and 6 were down because of regular inspections.

At Fukushima Daini, all four reactors have been shut down, according to the website.

According to the 2008 World Factbook, Japan ranks third in the world for electricity production. A recent story on the United Nations University’s website states that 30 percent of Japan’s energy is produced from nuclear power.

“My great hope is that they are going to be able to rectify this quickly enough that they can maintain cooling capacity,” Chesser said. “I think that a reactor meltdown could be a major disaster, especially in a highly populated country such as Japan. It would be a real setback when we are battling to find alternatives to fossil fuels considering the potential that nuclear energy has.”