Pulitzer Prize Winner to Speak About Career in Journalism

Tod Robberson, a journalism alumnus, will discuss pitfalls during his path to the Pulitzer. 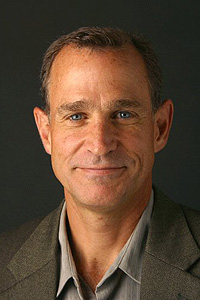 The College of Mass Communications will host the annual Cathryn Anne Hansen Buesseler Distinguished Lectureship in Print Media at 6 p.m. March 24 in the Merket Alumni Center.

The lectureship gives students, faculty and guests the chance to meet nationally recognized print media professionals and to engage them in discussions about current cultural, social and political issues.

Tod Robberson, a College of Mass Communications journalism alumnus, editorial writer at The Dallas Morning News and Pulitzer Prize winner, will be the speaker. The title of his presentation is “Making and Breaking a Career in Journalism: Missteps and Pitfalls on My Path to a Pulitzer.”

“Mr. Robberson’s career accomplishments are quite unique,” Hudson said. “His recognition as a Pulitzer Prize winner documents his excellence in journalism.”

After 25 years as a foreign correspondent and international affairs editor for Reuters news agency, The Washington Post and The Dallas Morning News, Robberson joined the editorial staff of The News in 2006. He has covered at least eight important major armed conflicts and has lived in Mexico, Columbia, Lebanon, Panama, the United Kingdom and El Salvador.

In addition, Robberson speaks Arabic and Spanish and obtained a master’s in Arab Studies from Georgetown University. He has also won awards for investigative journalism and reporting on international human smuggling rings.

Granddaughter of Winston Churchill to Speak