The event will be held at 6 p.m. on April 5 in the International Cultural Center. 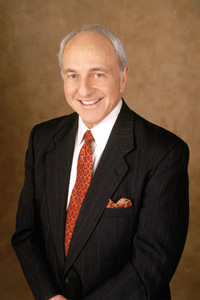 Kandal is the founder of CNN and was a financial journalist until his retirement in 2005.

Jerry C. Hudson, founding dean of the college, said Morris creating this series has been positive for the whole Texas Tech community.

"Mr. Morris established this endowment to enhance the quality of education for our students," Hudson said. "His generosity has made it possible for us to bring a long list of experts to campus and share their wisdom with our students and faculty."

The lecture series strives to give students, faculty and guests the chance to meet nationally recognized print media professionals and to engage them in discussions of current cultural, social and political issues.

Kandel, financial journalist and a founder of CNN, will be the featured lecturer. Beginning his career in journalism as a copy boy at the New York Times, Kandel went on to serve as the financial editor of three newspapers – the New York Herald Tribune, the Washington Star and the New York Post – before helping launch CNN in 1980.

Before his retirement in 2005, Kandel was the financial editor and an anchor for CNN Financial News. He obtained his bachelor's from Brooklyn College and a master's from Columbia University Graduate School of Journalism and has received many awards, including a Peabody Award from the University of Georgia.