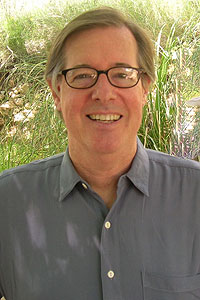 Two Texas Tech University faculty members have been named Horn Professors, the highest honor they can receive from the university.

Bruce Clarke, professor in the Department of English, and Markus F. Miller, professor of meat science and muscle biology and the San Antonio Livestock Show Distinguished Chair in Meat Science, were approved today (Feb. 25) by the Texas Tech University System Board of Regents.

"Horn Professors are a testament to the quality of our academics because they represent the very best of our faculty," said Guy Bailey, Texas Tech president. "These educators have garnered national and international acclaim for their research or other scholarly endeavors, and we value them for their many contributions to Texas Tech."

"We are proud to award these individuals with our university's highest honor," said Kent Hance, chancellor of Texas Tech University System. "Horn Professors truly embody what it means to be distinguished among their peers in teaching, research and service. Their commitment and dedication to Texas Tech, our students and their respective fields is unmatched." 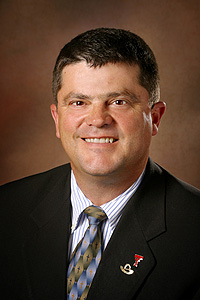 The Horn Professorship was established in 1966 to recognize scholarly achievement and outstanding service to Texas Tech. The honor is named for Texas Tech's first president, Paul Whitfield Horn. Since its inception, 76 members of the faculty have been appointed Horn Professors and 35 remain on faculty.

"This is not a designation that is awarded lightly," said Bob Smith, Texas Tech provost. "While being recognized primarily for exceptional and sustained research or other creative and scholarly achievement, typically Horn professors are truly integrated scholars, with abilities to meld the tripartite mission of teaching, research and service."

Clarke joined Texas Tech in 1982. Among other awards and nominations he earned the Texas Tech President's Book Award in 2003. He has held officer positions in various professional organizations, including president of the Society of Literature, Science and the Arts from 2006-2008; and serves on the editorial boards of several professional journals. Clarke earned his bachelor's degree from Columbia University, and his doctoral degree from the State University of New York at Buffalo.

Miller has been a member of the Texas Tech faculty since 1990, after serving as an undergraduate employee and instructor in the early to mid-1980s. He is the director of the Meat Judging Program and the Meat Science Quiz Bowl Team, and co-director of the Meat Animal Evaluation Program. Miller has garnered more than $22.2 million in research, teaching, and scholarship grants and awards. He earned his bachelor's and master's degrees from Texas Tech and his doctoral degree from Texas A&M University.