Shelby Knox will be speaking at 5:30 p.m. on Feb. 4 in the Matador Room of the Student Union Building. 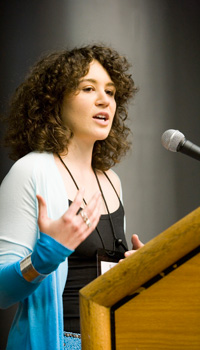 The Lubbock native will be addressing issues such as feminism and schools only teaching abstinence.

Since then, she has appeared on "Today," "Good Morning America" and "Dr. Phil" to discuss sex education and youth activism. She also has published articles for internet and print media outlets such as: Jezebel, Feministe, RH Reality Check, the Huffington Post, Glamour, Bust, and Seventeen as well as her own blog "The Ms. Education of Shelby Knox.

This week, Knox will return to Lubbock to serve as keynote speaker for the 27th Annual All-University Conference of Women in Higher Education, hosted by the Texas Tech University Women's Studies Program.

"I want to get across the benefits of engaging in community activism and engaging in the feminist women's community while you're in college, even if you're planning to leave that community," Knox said.

Knox, who now lives in New York City, plans to discuss her research on today's feminist movement as well as share examples of how intergenerational feminists have come together for the same goal – seeking equality for all people, regardless of societal prejudices.

The conference titled, "Innovative Voices: Initiatives, Projects and Practices for Empowerment and Gender Equality," also will include a screening of Knox's documentary, followed by a panel featuring members from the film.

The feminist movement can be sectioned into waves; the first being the suffragist movement, followed by the second wave, which rose out of the Civil Rights and anti-war movements in the 1960s, and the third wave which began in the early 1990s and involved the infamous Clarence Thomas and Anita Hill Supreme Court hearings.

Knox is currently writing a book about the forth wave, which she said is marked by "abstinence only" sex education as well as a coming-of-age for women in the post Sept. 11 political climate – an era she considers a serious backlash to feminism.

"The forth wave is not something that has been declared officially," Knox said, "but I have just started calling my generation that because as I travel across the country, I see a lot of differences both in feminist ideology and feminist activism from the generation directly before mine. I think it's important to declare a historical moment for a generation, especially a movement within a generation. That way, it is given recognition both currently and historically."

While in Lubbock, Knox plans to discuss the impact social media websites such as Facebook and Twitter have on today's feminist movement. Knox said these sites, as well as feminist blogs, can bring awareness to women in even the most conservative areas. 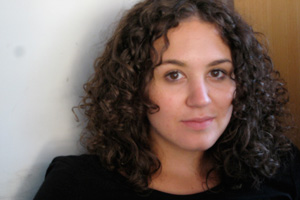 She said if these outlets had been available to her as a teenager, she might have felt less alienated in her feminist endeavors.

"When I write my blog or when I use Twitter, which are two of my favorite things, I'm always writing to an imaginary me," Knox said.  "I'm trying to tell young women, especially in conservative areas, that repression does exist, that you have a right to be angry because your rights are being violated."

A is for Activism

Knox said she hopes her discussion will inspire Texas Tech students to get involved in local activist groups, no matter the cause. She said getting involved often helps students find their niche as well as develop the organizational skills necessary to find a job.

Since she left Lubbock several years ago, LISD's abstinence-only policy has remained untouched. But Knox said she foresees a change in this curriculum – an adjustment which will almost certainly be supported by revolutionaries like her.

"I think my generation understands, as did previous generations, that we're going to do it better," Knox said.  "There's always the hope that all oppressions: sexism, racism, homophobia, transphobia, ableism, the whole list, are connected. They have to be uprooted together, and at the same time, in order for any of us to gain our freedom."