The Finals Competition Concert will be held at 7:30 p.m. on Jan. 31 in Talkington Hall. 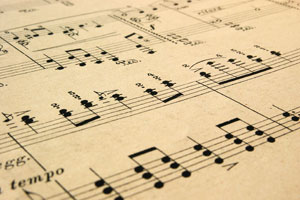 The performance will feature eight student musicians who were selected as finalists from approximately 500 other music students from Texas Tech.

The Texas Tech School of Music and Manhattan Concert Productions will present a Finals Competition Concert at 7:30 p.m. Jan. 31, in Talkington Hall at the Legacy Event Center (14th Street and Avenue O).

This performance competition will feature eight student musicians who were selected as finalists from approximately 500 other music students from Texas Tech.

In mid-December, 14 semi-finalists were selected by the School of Music faculty. On Jan. 17 these semi-finalists appeared before a panel of judges in Hemmle Recital Hall to present their musical talents and compete for a chance to be one of the eight finalists to perform Jan. 31.

Demonstrating the quality and depth of student talent, the eight finalists represent strings, voice, keyboard, and the combined areas of wind, brass and percussion – the major performance areas of the School of Music.

Competition winners will receive an all-expense paid trip to New York City where they will present a recital in Carnegie Hall’s Weill Recital Hall. The Texas Tech showcase recital is scheduled for Saturday afternoon, April 16.

Texas Tech is the first in a series of universities who will receive a recital for its students at Carnegie Hall. This performance will be produced and underwritten as outreach by Manhattan Concert Productions.

Craig Arnold, artistic director and general manager of Manhattan Concert Productions, will be present for the Finals Competition Concert.

There is no admission charge for the concert, but complimentary tickets are required due to limited seating. Tickets are available in the School of Music Office (M101), by calling (806) 742-2295 or by e-mailing Janeen Gilliam.

The eight finalists are:

Mentor Tech Smooths the Path by Connecting Students with Faculty