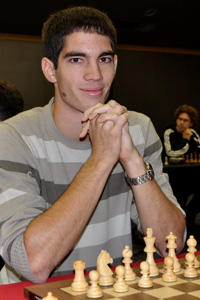 Papp has earned the highest ranking in chess by earning the final norm for a grandmaster title.

The success of International Master Gabor Papp of Hungary at the International Tournament Zadar Open 2010 in Croatia led him to become the third Knight Raider to enter the elite ranks of the approximately 1,000 grandmasters worldwide in just six months.

Fellow Knight Raider Davorin Kuljasevic earned his grandmaster title following a tournament in his home country of Croatia in June 2010. Gergely Antal of Hungary, earned his title at the Budapest First Saturday Chess Championship in Oct. 2010.