Business professor says the tax cuts did nothing to stimulate the economy. 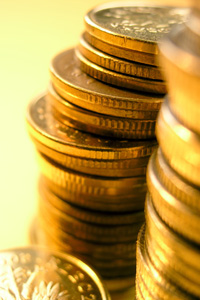 Ricketts says that taxes do not discourage job creation or investment in the economy, and that tax cuts do not increase revenues.

The Bush tax cuts enacted in 2001 and 2003 are scheduled to expire Dec. 31. The Obama tax plan would extend for two years the Bush tax cuts for everyone except those who make at least $250,000 a year. Republicans say raising taxes on the rich will stifle economic recovery. Obama says he can't reduce the deficit and offer tax breaks for the rich.

Texas Tech University professor Robert Ricketts, Frank M. Burke Chair in Taxation in the Rawls College of Business, says that taxes do not discourage job creation or investment in the economy, and that tax cuts do not increase revenues.

Ricketts said the issue affects only about 1.8 percent of all taxpayers, but these taxpayers earn about 30.2 percent of total taxable income.

"As a former Supreme Court Justice said, taxes are the cost of civilized society," Ricketts said. "There is no evidence at all that the tax cuts enacted in the last decade did anything to stimulate the economy. Job creation was lower in this decade than in any comparable period since the end of World War II."

Ricketts adds that the Bush tax cuts were not really tax cuts at all. They were just an effort to push taxes off for a decade.

"We are now at the end of that decade and it is time to pay the piper," Ricketts said. "Congress looks to be ready to put it all on the national credit card once again. It won't have any effect on the economy because it is illusory. Nothing is being cut, just deferred."