Texas Tech ranked No. 7 out of 20 institutions in the 'Best Colleges for Women and Minorities in STEM' survey. 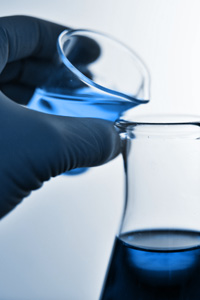 When it comes to outreach in teaching science, technology, engineering and mathematics (STEM) to ethnic minorities, Texas Tech recently made the top 10 in a Forbes.com survey of the "Best Colleges for Minorities in STEM."

Texas Tech ranked No. 7 out of 20 institutions ranked for minority outreach, beating Texas A&M, and Massachusetts Institute of Technology, which stood at No. 14 and No. 18 respectively.

"STEM has become a major priority for Texas Tech because it's a major national issue," said Lawrence Schovanec, dean of the College of Arts and Sciences. "To be competitive in today's technological society, we, as a state and a nation, must be strong in science and math. There's evidence to support we've been losing our competitive edge in these fields, and there's a lack of people studying math and science. So, we're trying to address those problems."

"Along with NSF-funded STEM initiatives, the university also has additional programs funded by other agencies, such as $2 million in grants from the National Institutes of Health for programs in physics and environmental sciences, and $3 million from the Greater Texas Foundation to fund teacher preparation in math and science," he said.