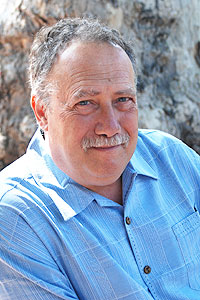 Kotkin is the final speaker for the fall 2010 Presidential Lecture & Performance Series.

Kotkin is the author of a new book titled "The Next Hundred Million: America in 2050," which has received rave reviews from renowned media corporations such as The New York Times, Wall Street Journal, the Globe and Mail and National Public Radio. In the book, Kotkin delivers insight into how the nation will evolve in the next four decades.

"I feel honored to host Joel Kotkin as the final guest for this fall's Presidential Lecture & Performance Series," said Texas Tech President Guy Bailey. "Kotkin is in the center of the national dialogue for future economic growth. The Lubbock community can expect to be impressed by Kotkin's optimistic outlook for West Texas and learn how we can position ourselves to have a competitive advantage."

Kotkin, whose article "Welcome to Recoveryland: The Top 10 Places in America Poised for Recovery," was recently featured on the cover of Newsweek, is also the west coast editor for Inc. Magazine. His work often appears in Newsweek as well as The Wall Street Journal, The Washington Post and the American.

The New York Times hailed Kotkin as America's "uber-geographer," for his work as one of the nation's most prolific and widely published journalists. Kotkin is the weekly columnist for "New Geographer," a column on Forbes.com.

Tickets are $12 for general admission and can be purchased through Select-A-Seat by calling (806) 770-2000. Prices include a $3 Select-A-Seat service charge. Student tickets are free with a valid ID at the SUB ticket booth.

Kings and Queens Will be Making an Appearance