The project is aimed at improving food safety by managing antibiotic resistance in beef and dairy cattle systems. 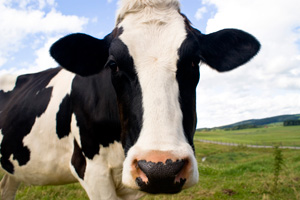 The project is focused on providing practical approaches to aid in the control antibiotic resistance in livestock production.

Texas Tech food safety researchers are part of a $2 million grant from the USDA aimed at improving food safety by managing antibiotic resistance in beef and dairy cattle systems in the United States and Canada.

"Antibiotic use and resistance in animal production is a very contentious issue," Loneragan said. "Despite the passion with which both sides of issue argue, many assumptions and remedies are untested or based on very sparse data. In the project led by Kansas State, we will scientifically evaluate and ultimately provide practical approaches to aid in the control antibiotic resistance in livestock production. We also will actively engage those in education to better understand the evidence supporting many assumptions, or even dogma, concerning antimicrobial resistance and then work with industry to test those most likely to be practical in real-world settings."

Loneragan said the project will provide new knowledge for educators, industry, and policy makers on which they can act with confidence.

Kansas State's Scott said he also hopes this will greatly enhance detection of early-resistant E. coli, and that they will be able to better estimate animal-level prevalence of resistance carriage through enhanced surveillance.

"We expect that our new approach will yield earlier detection and characterization of resistance to critically important antibiotics," Scott said.