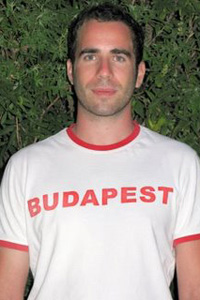 A Texas Tech graduate has just become one of the top chess players in the world.

Gergely Antal scored 6.5 points in his final seven games, at the Budapest First Saturday Chess Championship. In his final round victory, Antal defeated grandmaster Bui Vinh to tie for first place and clinch the grandmaster title.

Antal, already a Hungarian international master, came to Texas Tech in 2008, to be trained by Susan Polgar, director of the Susan Polgar Institute for Chess Excellence (SPICE). Polgar was recently nominated by the World Chess Federation as one of the top coaches in the world.

In 2009, Antal won the prestigious National Tournament of College Champions and the Southwest Open. In December of the same year, he played an important role in helping the Knight Raiders make the Final Four for the first time in Texas Tech history.

In March 2010, he narrowly missed his final grandmaster norm by just half a point. And a few weeks later, he defended his Lubbock Open title with a perfect 4-0 score.

Antal graduated from Texas Tech in August 2010 with a degree in economics. He plans to return next year as a graduate student.

Grandmaster Antal’s next tournament will be the 2010 SPICE Cup, beginning Oct. 28.

Book of Stories Inspired by the Grateful Dead's Influence