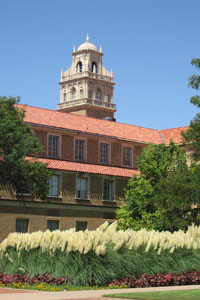 Texas Tech surpassed previous enrollment records for the second straight year, eclipsing 31,000 students for the first time. Final enrollment for fall 2010 is 31,637 – an increase of 1,588 from the previous record set last fall.

"Texas Tech once again is the choice for higher education for a record number of students, and I am excited about the direction we are headed," said President Guy Bailey. "Texas Tech provides an exemplary education which allows students to pursue careers that will benefit our state and country."

"Texas Tech is working hard to reach 40,000 students by the year 2020, and this progress shows our goal is well within reach," said Chancellor Kent Hance. "President Bailey has done an outstanding job increasing our enrollment numbers across the board, achieving our largest freshman class to date while improving our student diversity."

"Our graduates are among the most sought-after by businesses across the nation, as evidenced by Texas Tech's inclusion in the Wall Street Journal's top 25 producers of college graduates as rated by recruiters," Bailey added. The university ranked 18th in the publication's survey of 800 companies and corporations.

Other enrollment increases from fall 2010 include: