The university experienced one of its most successful research years across all disciplines. 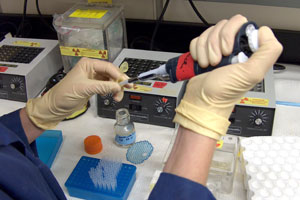 In a period where the university is competing to become a top research institution in the state, Texas Tech researchers were instrumental in advancing the school's success.

Texas Tech experienced one of its most successful research years in fiscal year 2010 and is crediting that success to the efforts of university faculty, according to Taylor Eighmy, vice president for research.

"We had a successful year for research and scholarship opportunities across all disciplines," Eighmy said. "We have a talented and dedicated faculty, many of whom are the nation's top experts in their areas of study. They embraced our goals of enhancing our research and creating and seizing opportunities to conduct research. Our success is a credit to their hard work."

During fiscal year 2009, Texas Tech received more than $4 million in stimulus dollars that counted toward its final award and expenditure numbers a year ago. The university didn't receive those funds in fiscal year 2010.

"The most impressive aspect of our success this past year is the fact that we surpassed the previous year's numbers without the support of ARRA (American Recovery and Reinvestment Act) stimulus aid," Eighmy added. "Again, this is a direct result of the hard work of our faculty, who have embraced the vision of the university and taken us further than we've ever been before."

Lessons of Business: Alumnus Learned the Ways of the Executive Early in Life

College of Engineering Ranked by U.S. News and World Report