School of Music Director Bill Ballenger is trying to save a piece of Texas Tech history. 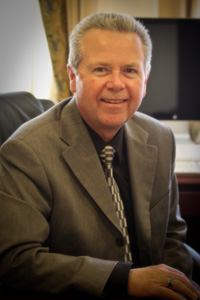 Bill Ballenger, 59, is an experienced marathon runner who has logged every mile he's run since August 1996.

It doesn't take a music expert to recognize the name Johann Sebastian Bach or distinguish Pachelbel's Canon from other classical masterpieces.

But what most people don't realize when listening to compositions by the infamous German maestro or walking down the aisle to "Canon in D major" is that a great amount of the musicality in these pieces is composed of a pipe organ.

And for more than 33 years, Texas Tech has had its own version of this historical instrument sitting in the Hemmle Recital Hall in the Texas Tech School of Music.

Texas Tech acquired the Holtkamp Pipe Organ as a gift from Tommye A. Moss of Odessa, Texas, in February 1977. Prior to the donation, the organ was used in a recital hall at the Oberlin Conservatory School of Music in Oberlin, Ohio.

Since then, the Holtkamp organ has been used as a solo recital instrument, a part of many different ensemble performances and an accompaniment to soloists including violinists and flautists.

However, the instrument's playable days are numbered. The Holtkamp Pipe Organ is in need of renovation, rebuilding and expansion of its capabilities – changes that come at no small price.

Restoration of the organ will cost $350,000, but thanks to a $175,000 Challenge Grant from the CH Foundation, the School of Music only has to raise enough money to pay for half the cost.

This is where School of Music Director Bill Ballenger comes in. Ballenger agreed to run 1,000 miles Sept. 1-April 1 to raise the $175,000 needed to restore the organ.

Fifty-nine-year-old Ballenger is an experienced marathon runner who has logged every mile he's run since August 1996. It is for this reason Ballenger decided to set the 1,000-mile target.

"We've got to find a way to do this, and this is something I can do," Ballenger said. "I can't write the $175,000 check, but I can contribute and I can do something that will foster and promote the cause that we have in the short amount of time that we have to get it done."

Ballenger plans to run 150 miles a month to meet his goal by April 1. This averages about five miles a day. He plans to raise the money by asking for donations.

Donors can contribute as little as 10 cents a mile or give as much as they are able. Ballenger said every penny helps in trying to reach the $175,000 mark.

"We've got enormous history to preserve," Ballenger said, "and as a nationally recognized school of music, we just simply cannot leave an educational and musical hole in what we teach."

With the help of his colleagues and supporters, Ballenger began reaching out to a broader audience through media outletsFacebook, Twitter and YouTube. He also started blogging so people can go online and track his progress.

Ballenger said plans are underway to make T-shirts promoting his run. He said he will wear the T-shirt while he runs so people will stop and ask him about his cause.

Running with a Purpose

Monday, Sept. 20, Ballenger was right on target, logging 105.5 miles after his morning run. With less than 900 miles to go, he said persistence is essential.

So for the next seven months, Ballenger plans to wake up every morning between 5-6 a.m., brush his teeth, strap on his shoes, and run with a purpose – every step bringing him closer to reaching his 1,000 mile goal – a goal he hopes will ultimately "save the music."

"When this pipe organ dies, the music dies with it," Ballenger said, "and we can't have that. We just can't."