The study provides estimates of the economic impact of Texas Tech on Lubbock County for 2009. 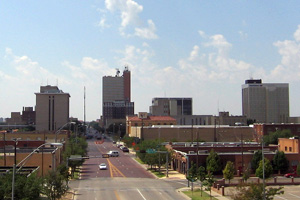 Texas Tech helped sustain nearly 15,000 jobs and contributed $1.26 billion to the economic pulse of Lubbock County, according to the Economic Impact of Texas Tech University study.

"As the area's largest employer, Texas Tech is proud to support nearly 15,000 jobs for the citizens of Lubbock County and contribute to the vitality of the city and surrounding areas," said President Guy Bailey. "While we are fortunate to have the opportunity to support the local economy, we are equally fortunate that the community also invests in the university. We are proud of the partnership we have with Lubbock County and West Texas."

The university provided a $612-million infusion in annual household earnings to the local economy, 48 percent of the total economic impact. University students spent $294 million locally, the impact of which sustained 3,261 jobs and provided $80 million in household income.

"The updated study notes the impact of Texas Tech is more than $1.25 billion and our strategic enrollment plan of increasing enrollment to 40,000 students by the year 2020 will significantly increase the economic growth of the Lubbock community," said Michael Shonrock, senior vice president for enrollment management & student affairs. "It is estimated that for every 1,000 new students, more than 100 new jobs will need to be created."

"The impact of our growing research enterprise on these numbers is significant," said Taylor Eighmy, vice president for research. "Our research dollars received contribute to impact, jobs, and household income and we also have the benefit of potential impacts from intellectual property generated by our research."

The report, commissioned by Shonrock and Eighmy and prepared by Bradley Ewing, Rawls College of Business professor of operations management, provides estimates of the economic impact of Texas Tech on Lubbock County for 2009. The study represents only Texas Tech and does not include the Texas Tech University Health Sciences Center.

Ewing used an input-output model to do the study. The model looks at several factors to identify the demands for products and services in Lubbock County. The survey looks at the dollars spent in Lubbock and does not include spending outside the county. Ewing looked at three areas: how much the university spends, how much employees spend and how much students spend.