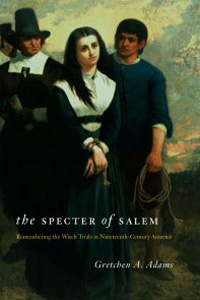 Since the Salem witch trials in 1692, the historical story has been shared with many Americans.

Since the trials in 1692, the Salem story always has been a major historical story for Americans to learn, said Gretchen Adams, an associate professor of history.

In her new book "The Specter of Salem: Remembering the Witch Trials in 19th Century America" she discusses how the metaphor's use in political rhetoric and meaning to Americans in the 1800s differs from how most people view the story today.

Adams' speaks on the political rhetoric of the witch trials.

The book was published this September in paperback by the University of Chicago Press.

"We think of the Salem witch trials now as a story of poor leadership and abuse of the government's investigative powers," Adams said. "In the 19th century, people thought of it as a tale of mass hysteria and going back to the ways of the Old World.

"It was a surprise to me," she said. "I didn't expect to find this when I got into it."

Though also used against Catholics and Mormons during the 19th century, the most important rhetorical use of the Salem witch trials was during the Civil War. When railing against Massachusetts abolitionist Rep. Horace Mann, Rep. Henry Bedinger of Virginia countered back that someone from a state such as Massachusetts had no moral high ground to call slavery a form of barbarism considering the fact that Massachusetts government officials burned witches at the stake. 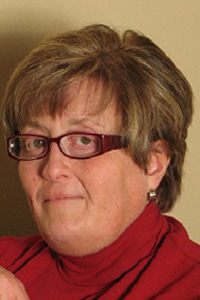 Adams did not expect to learn some of the things she did, while doing research on the trials.

None of those found guilty of witchcraft in the U.S. were ever burned at the stake, she said. But even today, some people associate witch burnings with the trials.

"Back then, the story was about excessive public emotion and the potential of a political movement that might overthrow the government," Adams said. "It was about, 'you go back to these Old-World, hysterical practices, and you'll risk the republic.' It's a history of meanings and how we create national symbols to support things or to fight against things. "

Following the conclusion of the war, the rhetoric changed to try and connect the South and North again. Instead of differences, politicians stressed commonalities such as the importance of Jamestown and the importance of the pilgrims to settling the United States as a whole.

By the 1920s, she said, Prohibition, the first Red Scare and anti-Catholic and anti-Semitic sentiments changed the story to become a moral of how bad leadership could abuse government authority to carry out egregious behavior.

People began focusing on the leadership in the story, such as Cotton Mather and Rev. Samuel Parris, and put more blame on their hand in the tragedy.

It again became important in their 1950s in the days of McCarthy and the House Un-American Activities Committee.

"The cast of characters changes, but the Salem witchcraft symbolism rolls on through," she said.