The magazine received the award from the Association for Women in Communications for best overall internal magazine. 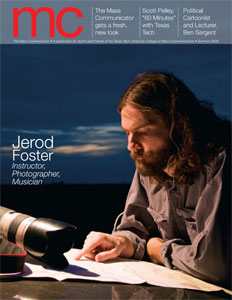 "The staff has worked hard to produce a quality magazine featuring great artistic and journalistic content," said Melissa Wofford, the publication's designer. "I know we are all very proud to have received this award. It's nice to know our hard work is recognized."

Clarion Award entries include 100 different categories of communication and include print media, photography and broadcast. The entries were judged against entries of similar size and budget.

The award-winning entry can be viewed on the Mass Communicator website.