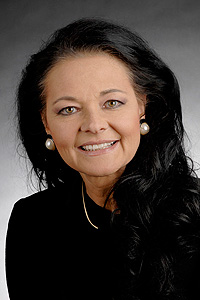 Sutton’s study showed that researchers are more worried about inadvertently breaking a rule than they are about contracting illness from the agents they study.

A new executive order by President Barack Obama is supported by a Texas Tech law professor’s study in biodefense research.

A White House press release cited an empirical study conducted by Victoria Sutton, a Horn Professor in the School of Law and director of the Center for Biodefense, Law and Public Policy.

The release announced an executive order that addresses the nation’s priority of security and protection in the event of a bioterrorism attack and regulatory hurdles that biodefense scientists face in conducting research on agents or toxins that are characterized as a biological threat. In explaining the need to achieve balance between the risks and benefits of scientific research of the world’s most dangerous toxic agents, the press release cited Sutton’s 2009 article, titled “Survey Finds Biodefense Researcher Anxiety – Over Inadvertently Violating Regulations,” as follows:

“One telling study, published last year, made very clear the toll this complexity is taking on scientists working in this important field. As part of a survey to assess how effectively select-agent regulations are achieving their goal of protecting public health and national security, Victoria Sutton from the Center for Law and Public Policy at Texas Tech University School of Law asked scientists how stressed they were about the possibility they might inadvertently violate one of the many regulations or rules relating to their work, which could harm their careers or trigger negative consequences for the field.

Sutton began the study after hearing numerous colleagues talk about being fined for inadvertently violating regulations that might be construed as vague if challenged in court.

“The CDC didn’t really listen to the suggestions of the regulated community when it made most of these rules,” Sutton said. “The CDC tried to use existing regulation models that just would not work with select agents.”

The executive order calls for a new, risk-based classification of dangerous biological agents that more precisely defines the degree of appropriate research restriction and for better coordination among federal departments and agencies that oversee biodefense research.

“A real mark of distinction for a researcher is to have her work shape legislative and regulatory initiatives,” Fortney said. “Dr. Sutton’s study has played an integral role in assisting regulators interested in improving public safety.”

Research conducted by Sutton and the center is funded by a National Institutes of Health/National Institute of Allergy and Infectious Diseases (NIH/NIAID) grant through the Western Regional Center of Excellence for Biodefense and Emerging Infectious Diseases Research (WRCE). The Center for Biodefense, Law and Public Policy was established in 2004 and is the only law school center in the U.S. to be funded by NIH/NIAID through the biodefense research program.

The Center for Biodefense, Law and Public Policy, in the Texas Tech University School of Law is the only center at a law school in the U.S. to focus solely on issues of law and biodefense, biosecurity and bioterrorism.

In 2004, the law faculty approved the Law and Biodefense Certificate program, a specialty area in the completion of the J.D. degree; the first and only program of its kind in the nation at a law school.