The series includes two performances left before the end of the summer. 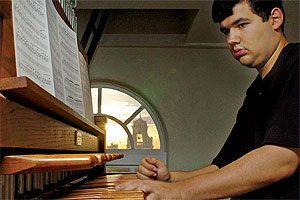 The Summer Carillon Recital Series, featuring the refurbished Baird Memorial Carillon located in the west bell tower of the Administration Building, has two more performances before the end of the summer.

The programs are 40 to 45 minutes long and include popular songs, classical, folk music, hymns, songs for children and original compositions for the carillon. Families and children are invited to bring their lawn chairs and picnic blankets to listen from Memorial Circle, north of the Administration Building. The bells will be demonstrated after the performance and patrons are invited to feel the different weights of the clappers.