History Repeated: Arizona Immigration Law No Different from the Past

As the Arizona immigration law is debated, a Texas Tech immigration expert says the law is no different than ones of the past. 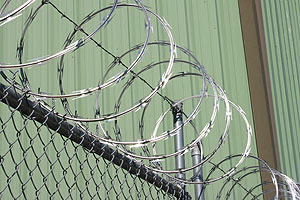 The Arizona immigration law is no different than the Repatriation Act of the 1930s or Operation Wetback of the 1950s.

While politicians, law enforcement officials and citizens of every background stand divided over a recent Arizona immigration law designed to secure the state’s borders from illegal immigrants, a Texas Tech expert on immigration and border history says that the law is no different than the Repatriation Act of the 1930s or Operation Wetback of the 1950s.

Miguel Levario, an assistant professor of history, says that even since the days of the Gold Rush when Mexican-American residents of California were required to carry ID cards, the Arizona law is just the latest in a series of laws and events targeted specifically at Mexican-Americans.

“It comes down to economics and social pressure,” Levario said. “Operation Wetback in the 1950s, which was a very intense enforcement of immigration, was very short-lived because of the economic fallout. They airlifted and bused immigrants out of the U.S. who would then come right back. It didn’t last long because it was too costly, and farmers complained about losing their labor force.”

Levario said that with this particular Arizona law, social pressure is quite heavy, and some businesses are already experiencing revenue losses from boycotts of cities and other organizations.

Personally, Levario believes the law to be “horrendous racial profiling” that in essence criminalizes the Mexican-American population, and that it assumes anyone of Mexican descent is illegal until proven otherwise.

His recommendations are complex and lengthy, but Levario said first and foremost, that immigration, drug smuggling and national security are not the same animal and must be addressed individually.

“A blanket approach to those three major border issues has not worked, and does not require a one-size-fits-all solution. Immigration is a labor issue in large part, not national security,” Levario said.

Drug smuggling has been an age-old problem since prohibition and the government is still basically recycling age-old, useless policies, Levario said. More money, more soldiers and more personnel have not stopped the flow of illegal drugs.

“Drug consumption continues to go up; drug smuggling continues to go up. Violence is becoming more and more intense, especially recently, so putting more money on the border has been ineffective; more soldiers have been ineffective,” Levario said. “So we need to rethink these particular issues – national security, drug smuggling and immigration – and get away from the idea that one size fits all.”

Levario said that other border states could certainly copy the Arizona law, noting that legislators from Dumas, in the Texas Panhandle, and Tomball, in the Houston area, have already gone on record supporting such a measure.

Gov. Rick Perry has politicized the issue, according to Levario, in that he is unwilling to take a stand on passing any legislation similar to Arizona’s, and has gone on record saying that such a measure would not work in Texas.

Levario said that does not mean Perry is a supporter of immigrant rights or reform. Even in the past few months, Perry has proposed resurrecting the early-20th century Texas Rangers, patrolling the border on horseback, which, according to Levario, has not been done since the 1930s, largely because of the violence and terrorist acts committed by the agents against Mexicans.

“The Arizona law makes the Mexican-American community vulnerable,” Levario said, “and the legal recourse is quite blurry.”