Graduate Student Named a Master in the Chess World

Davorin Kuljasevic is the first member of Knight Raiders to receive the title of grandmaster, the highest designation in chess. 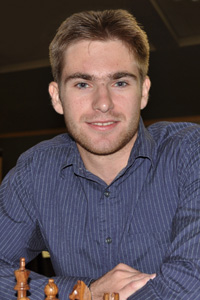 With his new title, Kuljasevic is now one of approximately 1,000 grandmasters around the world.

International Master Davorin Kuljasevic scored five wins and four draws at the 2010 Pula Open in Croatia to become the first Knight Raider to enter the elite ranks of the approximately 1,000 grandmasters worldwide.

“All the training and hard work by members of the Knight Raiders chess team with Susan Polgar during the year has paid off big time,” Truong said. “These players will also be wonderful ambassadors for Texas Tech and SPICE around the globe for years to come.”

International Master Gabor Papp earned his second grandmaster norm in June at the Mitropa Cup in Switzerland. He needs one more norm to earn the grandmaster title, which Truong said he will try to earn by the end of summer.