The libraries' Office of Communications and Marketing has received an award in the Creativity 40th Media Competition. 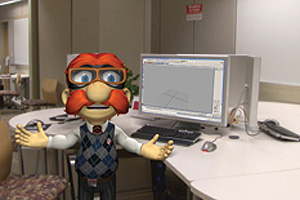 The Texas Tech Libraries Office of Communications and Marketing has received an award in the Creativity 40th Media Competition, a program of the Creativity International Awards.

This year’s media competition garnered hundreds of entries from all over the world, representing 16 countries, four Canadian provinces and 23 U.S. states. Winners were selected based on outstanding creativity and design.

Established in 1970, Creativity International Awards is based in Louisville, Ky., and is one of the longest-running independent international advertising and graphic design competitions in the world. A print, web, advertising and media design competition, each year the judges choose the best from all over the world to be reproduced in the 400-page Creativity Awards Annual Book published and distributed by HarperCollins.

Watch the award-winning video on MySpace.