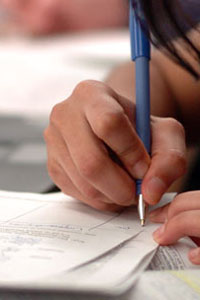 With a first-time pass rate of 95.45 percent, the Texas Tech School of Law once again led all Texas law schools on the February Bar Examination.

The overall pass rate for graduates of the nine Texas law schools taking the bar for the first time was 80.51 percent.

“This first-time takers pass rate is a really exceptional passing percentage on one of the nation’s most difficult bar examinations,” said Walt Huffman, dean of the law school. “This extraordinary performance by our graduates and the faculty who prepared them dramatically reinforce our growing reputation as the premier law school in Texas.

“I congratulate our newly-licensed colleagues, including those 11 graduates who, on repeating the bar exam, all passed as well. We admire their talent and their diligent preparation.”