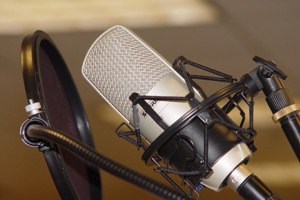 The acquisition of 90.1 FM is an example of Texas Tech's effort to advance toward national research university status through ties with colleges and universities in the West Texas region.

Texas Tech Public Media, part of the Texas Tech University System, will assume operations of KUTX, 90.1 FM, from the University of Texas at Austin beginning April 4.

The station's call letters will change to KNCH to reflect the Concho Valley, but major network news programming will remain similar, with National Public Radio’s (NPR) “Morning Edition,” “Weekend Edition Saturday and Sunday,” “All Things Considered” and “A Prairie Home Companion,” as well as the “BBC World Service,” “Car Talk,” “Fresh Air” and “Wait Wait...Don't Tell Me!,” among others.

As Texas Tech moves toward national research university status, it has made a serious effort to establish ties with colleges and universities in the West Texas region. These relationships involve not only the academic institutions themselves, but also the associated communities. Many university communities enjoy the intellectual and cultural benefits of a public radio station, Ginter said. With Angelo State now part of the Texas Tech system, Texas Tech is committed to San Angelo and plans to connect with residents in a meaningful way. Operating 90.1 FM is a natural extension of this effort.

KUT, the University of Texas at Austin public radio station that has simulcast its Austin broadcast on 90.1 KUTX since 1996, will retain the KUTX call letters and assign them to a new signal licensed to Somerville – an area contiguous with the station’s 90.5 FM signal in Austin – as part of its strategy to concentrate its resources on content and services related to Central Texas.