The Red Raiders took first place with 8,770 points during the two-day competition. 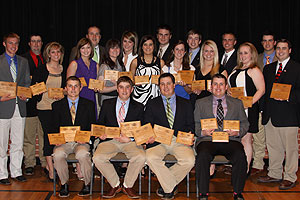 "I am grateful for this team’s selfless efforts to help make our student programs the best in the nation,” said Coach Ryan Rathmann, an assistant professor in the Department of Animal and Food Sciences.

Twelve universities from across the nation competed in the annual event. The contest was specifically designed to encourage students to seek a more complete understanding of the food supply from conception to consumer.

Other team members participating this season are:

The team is coached by Rathmann and Texas Tech graduate student Travis O’Quinn.

Cotton Production on the Rise