The team battled 28 teams to make the competition in its first year. 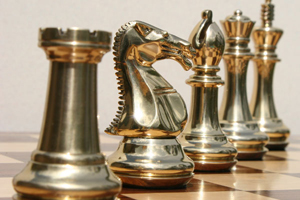 The A Team earned 4.5 points to edge out chess powerhouse University of Texas at Dallas in the Final Four competition.

The University of Maryland, Baltimore County won the tournament to claim the President’s Cup for the second year in a row.

“I am very proud of the effort of our team,” said Knight Raiders Coach Susan Polgar. “No other team has made it to the Final Four in its first try, and our students had a good performance against tough competition. This is a great experience for our team to grow from and I am confident we will make more appearances at the championship.”

Texas Tech earned a berth in the Final Four in its first year sending an A team to compete in the Pan American Intercollegiate Team Chess Championship – or the chess version of March Madness – to battle 28 top chess teams including Yale University, Princeton University, Stanford University and the University of Texas at Austin for a spot at the championship.

Texas Tech in the Final Four