Winning both tournaments cements their place as one of the best parliamentary debate teams to ever compete in the activity. 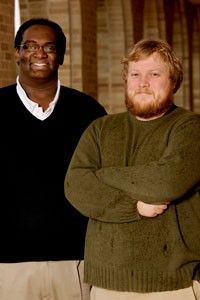 Just one week after winning the second debate national championship in school history, Adam Testerman became the first Texas Tech contender to be named the top individual debater in the country at the National Parliamentary Tournament of Excellence (NPTE).

The event was held March 27-29 at Azusa Pacific University in California.

Testerman, a junior mass communications major from Springfield, Mo., was part of Texas Tech’s winning combination at the National Parliamentary Debate Association’s (NPDA) championship tournament in Lubbock, along with Horton.

"To win both tournaments is extraordinarily special and cements their place as one of the best parliamentary debate teams to ever compete in the activity," Gantt said. "I could not be prouder."

The two national championships signify the end of the season for Texas Tech debate.