Bryan Camp's article on protecting trust assets from the federal tax lien has been selected as the Outstanding Law Review article for 2009. 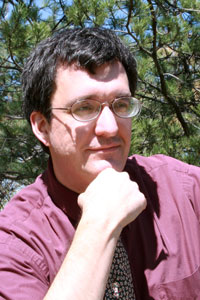 Camp is the George H. Mahon Professor of Law and an expert on bankruptcy law, tax law, statutory interpretation, constitutional law and jurisprudence. See more in the online experts guide.

For the fifth time in eight years, a School of Law professor has won the state’s top legal writing award.

Bryan Camp’s article on protecting trust assets from the federal tax lien, published in the "Estate Planning and Community Property Law Journal" (EPJ) has been selected as the Texas Bar Foundation’s Outstanding Law Review Article for 2009. The award is presented annually to designate the most important and best-written legal article published in Texas.

Camp is the George H. Mahon Professor of Law and an expert on bankruptcy law, tax law, statutory interpretation, constitutional law and jurisprudence.

“This is a tremendous achievement for the Texas Tech School of Law,” said Walt Huffman, dean of the school. “Winning this prestigious statewide award is difficult; winning the award with a tax law article is truly exceptional. Professor Camp’s brilliant subject-matter, expertise in tax law and his ability to effectively share that expertise through the written word deserves the recognition.”

In addition to recognizing Camp’s scholarship, the Texas Bar Foundation will donate $1,000 to the EPJ, which is housed at the School of Law.

“The journal in which Professor Camp’s winning article was published is not only a law student-edited publication, but also our school’s newest law journal,” said Huffman. “So congratulations as well to the student editors who both assisted Professor Camp on the publication of his superb scholarship and who produced a new journal of such quality that the articles in it were considered for the top legal writing award in Texas.”