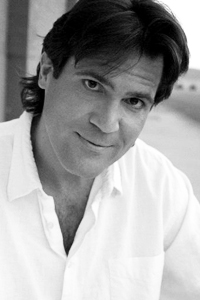 Kneupper developed a series of compositions that complement each other as guests move through the homes.

The College of Architecture presents an event fusing music, art and design.

Participants of Music::Architecture::Art A Fusion Event will listen to original music scores composed by alumnus David Kneupper as they tour two homes in LakeRidge Country Club.

The homes were designed by another alumnus, Danny Nowak, owner and principal of the Nowak Group architecture firm in Irving, and feature art collections that helped inspire Kneupper’s compositions.

In a concept similar to his work at the Abraham Lincoln Presidential Library and Museum in Springfield, Ill., Kneupper developed a series of compositions that complement each other as guests move through the homes.

Both Kneupper and Nowak will be available to discuss their work at a reception at LakeRidge Country Club.

Kneupper holds a doctoral degree in music composition from Texas Tech. He is a seven-time recipient of the THEA Award for Outstanding Achievement from the Themed Entertainment Association. His music can be heard daily in dozens of museum exhibits and themed attractions across the United States, Europe and Asia.

Nowak holds a joint business and architecture degree from Texas Tech. He was an adjunct professor for the College of Architecture from 1974-1992 and 1997-2000.

Tickets cost $100 and can be purchased through Select-a-Seat. Student tickets also are available for $40.