The university is on a quest to become one of the nation’s truly great public research institutions. 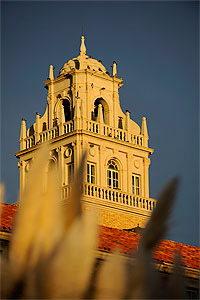 Achieving Tier One status will put Texas Tech into an elite category of universities.

Texas Tech University is well on its way to becoming the state’s next National Research University.

Achieving National Research University, or Tier One, status will have a transformative affect on Texas Tech. It will put Texas Tech into an elite category of universities, providing our students with unmatched educational opportunities. It also will expand the scope of Texas Tech’s research to meet the world’s needs and give a significant boost to the local, regional and state economies.

The National Research University designation is only a first step in the strategic planning of the university. The ultimate goal is to become one of the nation’s truly great public research institutions, a university that conducts research that changes lives, that educates students who are globally competitive, and that drives the formation of new businesses.

“To reach Tier One status, we cannot take small steps forward, we must make a quantum leap,” said President Guy Bailey. “This is a once-in-a-lifetime opportunity for Texas Tech. Will we get to National Research University status? Yes we will, and faster than many may believe.”

In 2009 the Texas Legislature put in place the criteria that must be met to gain access to funding from the National Research University Fund (NRUF) – a Constitutional endowment.

The primary criterion is $45 million in restricted research expenditures over two years. Texas Tech reported more than $35 million in 2009, up from $27 million.

A university also must meet four of six other criteria:

Track our progress or learn more at www.tier1.ttu.edu.

While these are the state’s criteria for Texas Tech and the other six emerging research universities to receive NRUF funding, no formal definition of Tier One or National Research University exists, but these universities share common characteristics. National research universities have annual research expenditures of at least $100 million. They offer more than 50 doctoral degree programs and have more than 1,000 tenure track faculty. They also usually have large undergraduate populations and offer a wide-range of undergraduate degrees. 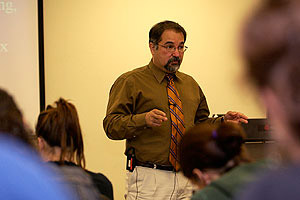 Tier One universities attract businesses seeking partnerships with researchers and access to a skilled workforce.

Attaining Tier One status will not only transform Texas Tech University, but it will create an economic boom for Lubbock, the region and the state.

Top research universities produce innovations and new technology that fuel business and create jobs. Companies want to locate in cities that offer the potential for partnerships with university researchers and access to a skilled workforce.

Once Texas Tech meets the state’s criteria are met for NRUF, it’s estimated that the university could receive up to $10 million per year in NRUF funding if it is one of the first institutions to fulfill the criteria.

This $10 million is expected to have a total economic impact of $19.8 million per year for Lubbock County. About 228 jobs would be created or sustained in Lubbock with an impact of $10.4 million on household earnings, translating into a potential for an extra $13.5 million in local sales revenue.

It’s long been recognized that Texas needs more National Research Universities. Currently only the University of Texas, Texas A&M and Rice University hold that classification. California, with nine Tier One institutions and New York, with seven, are far ahead of Texas. Pennsylvania, with a population of 12.5 million people, about half that of Texas, has four Tier One universities.

Texas has 8 percent of the U.S. population but only receives 5 percent of federal research and development (R&D) funding and 5 percent of the nation’s venture capital investment.  If Texas received just its population-based share (8 percent), that would mean an incremental $3.7 billion in R&D funding to the state.  Additionally, Texas is currently a net exporter of high school graduates who attend doctoral-granting universities in other states.  The state currently is experiencing a net loss or brain drain of nearly 6,000 highly qualified students per year and this number has increased by 54 percent in the last six years.  Texas must develop more National Research Universities to remain competitive. 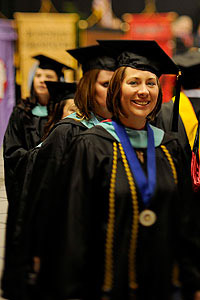 Texas Tech took a major step toward its goal last summer when it far surpassed its competitors in raising private funds to be matched by state dollars to help the emerging universities begin their efforts to reach Tier One. Texas Tech received private gifts totaling $24.3 million that will be matched by $21.5 million from the Texas Research Incentive Program (TRIP) over the next two years.

The university continues to focus on increasing its enrollment. Texas Tech established a doctoral fellowship program in fall 2009 and it has yielded an increase in the graduate enrollment. It is vital that the graduate programs grow, particularly at the doctoral level to ensure that there are qualified research assistants to work in the research laboratories as our research mission expands, and to ensure that there will be enough instructors to teach the ever-growing undergraduate population.

Once Texas Tech is designated a National Research University, the work will continue. Truly great research universities have at least $100 million in research expenditures, a goal that the university plans to reach soon.

When President Paul Whitfield Horn spoke to the first students at the then Texas Technological College, he told them that they were partners in a great adventure, participants in an opportunity that comes to people “but once in a lifetime.” The adventure then was creating a new college.

If only President Horn could see his university now. We have been given yet another once-in-a-lifetime opportunity. The challenge now is creating the state’s next National Research University. It will still take partnerships with students, faculty, staff, alumni and friends to achieve our goals.