Former Mass Communications Associate Dean Dennis Harp is well known by media professionals and academics across the region and nationally. 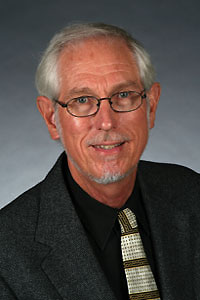 Harp currently is a member of the KTXT-TV Development Board and is well known by media professionals and academics across the region and nationally. His duties as interim general manager will include oversight of the station’s programming, staffing, financials, operations and development.

“Some of my objectives for this interim term are to enhance the station’s involvement with and representation of the Texas Tech academic community while preparing for a smooth transition to a permanent director,” Harp said.

He was inducted into the College of Mass Communications Hall of Fame in February 2009.