The four-member Red Raider team competed in the association of collegiate branches’ competition for plant identification and judging. 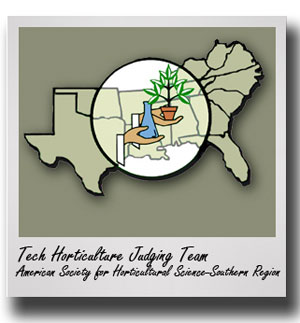 Texas Tech’s horticulture judging team surged to a second place overall finish last Sunday at the annual meeting of the American Society for Horticultural Science-Southern Region in Orlando. The four-member Red Raider team competed in the association of collegiate branches’ competition for plant identification and judging.

During the Orlando meeting, McKenney received the J. Creighton Miller Jr. Distinguished Educator Award. According to officials, the honor was presented in recognition of a distinguished and outstanding teaching career in horticultural science for a period of 10 or more years.

Membership in the society, which includes more than 400 active members, is composed of research scientists, teachers and extension specialists from universities, state, federal and private research organizations and industry.