The two teams placed first and fourth at the University of North Texas Open. 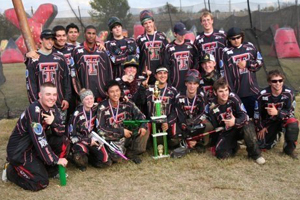 After two recent competitions, the paintball team is ranked fourth out of 71 teams in the nation.

The Texas Tech student-organized Paintball Team is on a roll recently after excelling in two competitions.

“We knew that our next event was only three weeks away so we only had two weekends of practice leading up to it,” Culver said. “We wanted both teams to do better.”

Culver said nobody expected the second line to win first place in the Open.

“We were really proud after our second team received first place,” he said.

After these two competitions, the team currently ranks fourth in the nation out of 71 teams.

Members of the paintball team include: