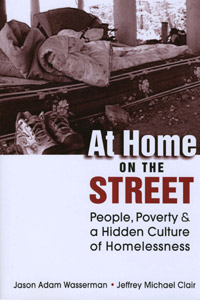 Four years ago, a Texas Tech sociologist took a different approach by studying homeless people who preferred living on the streets to shelters.

When he asked why many stayed away from shelters, what he found uncovered one of the biggest problems with how social assistance programs deal with the homeless across the country.

The main reason why many homeless people shied away from shelter services was because submitting to a drug-treatment program was a prerequisite for admission. The vast majority of the street homeless population interviewed by Wasserman and Clair said they didn’t have a drug problem and would not say they did just to access the shelter.

The other reason many refused shelter assistance is because they felt like shelter workers treated them more like children than adults, he said.

“The book essentially covers questions including who are the homeless, how do they build their communities, what is their life like on a day-to-day basis, and why do they resist services available to them,” he said. “One of our key questions was why would someone choose to stay on the streets rather than a shelter. And we found some very lucid reasons as to why they stayed away.”

Wasserman and Clair accessed the homeless population living on the streets, rail yards and urban camps of Birmingham, Ala., Rather than the standard clipboard-and-questionnaire approach used in many homeless studies, the two stayed overnight with some groups and infiltrated the complex rules and regulations of the city’s homeless communities. 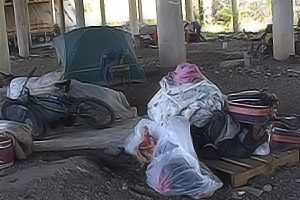 The researchers stayed overnight with some groups and infiltrated the complex rules and regulations of the city’s homeless communities.

“Originally, we thought that the problem with homeless services was that they were not funded enough,” he said. “We became more critical of the services once we started looking into them. It seemed the shelters dealt with addiction and mental illness almost exclusively. That’s great if that’s your problem, but alienating if it’s not. One thing nearly all homeless people do want is jobs. They don’t want treatment or even meals. But they will work, and they will push and shove to get a job.

“Overall, we found the shelters followed a medical model of homelessness, where treatment is required to access services. This puts a band-aid on just a few of the individual symptoms associated with homelessness rather than being attentive to the way society contributes to the problem. In that way, social programs sometimes can make the problem worse.”

The Department of Sociology, Anthropology and Social Work is a multi-disciplinary unit for those interested in the human condition at home and abroad, in the present and in the past, theoretically and practically speaking.