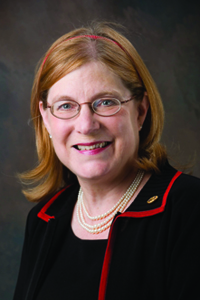 Ann Graham is a law professor specializing in banking and commercial law. View her profile in our online Experts Guide.

A School of Law professor was elected into the most prestigious professional organization in the legal profession, the American Law Institute (ALI).

"It is a testimony to the strength of our law faculty that with Professor Graham's election we now have seven members of this prestigious organization at Texas Tech Law," Huffman said.

Graham's background in banking and commercial law includes both state and local government service as well as major private law firm experience. State and federal lobbying for financial institutions and legislative drafting have been a significant part of her legal practice. Graham served on the board of directors of the Texas Association of Bank Counsel and as general counsel to the Texas Banking Department and Regional Counsel for FDIC.

As a trained mediator, Graham served as president of the board of directors for the Travis County Dispute Resolution Center.

ALI was founded in 1923 by a group of prominent American judges, lawyers and law teachers to address the uncertainty and complexity of early 20th-century American Law. Since that time ALI has devoted itself to improving the law and the administration of justice in a scholarly and scientific manner.