The Texas Debates: Race for Governor will be broadcast live Thursday at 7 p.m. 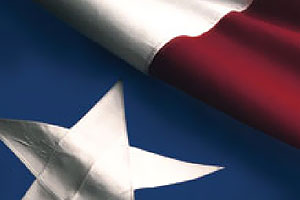 Republican candidates in the highly anticipated Texas gubernatorial race will square off in The Texas Debates: Race for Governor at 7 p.m. Thursday, Jan. 14.

The live debate broadcast locally on KTXT-TV Channel 5, and to millions on television, radio and online throughout the state, will include two-term Texas Gov. Rick Perry, three-term U.S. Sen. Kay Bailey Hutchison and Texas businesswoman Debra Medina. The debate will repeat at 4 a.m. Jan. 15, Friday on KTXT-TV.

The Texas Debates is produced by KERA-TV in partnership with CBS 11 (KTVT-TV) and TXA 21 (KTXA-TV), Star-Telegram, KUVN Univision 23, The Texas Association of Broadcasters (TAB), Texas State Networks and the Freedom of Information Foundation of Texas.

The debate will be moderated by KERA News Director Shelley Kofler. CBS 11 News Anchor Doug Dunbar will host questions from the live audience which will include Republican voters from Denton and Tarrant counties. Questions also will be posed by a panel of journalists including:

The Texas Debates will originate from the Murchison Performing Arts Center on the campus of the University of North Texas in Denton. The program will be distributed at no charge to all commercial and public radio and television stations statewide as a public service, courtesy of TAB. The broadcast will be available in English and Spanish and will be closed captioned. Real-time translation and closed captioning are also provided by TAB, a service it has contributed for broadcast debates of statewide candidates since 1998.

The Texas Debates will be streamed live at www.TexasDebates.org.