The Texas Tech Knight Raiders qualified for a berth at the President’s Cup – college chess’ version of a final four championship.

The finish qualified Texas Tech for a berth at the President’s Cup – college chess’ version of a final four championship – slated for March to determine the U.S. college chess team champion.

Paul Truong, director of marketing for the Susan Polgar Institute for Chess Excellence (SPICE), noted that the A team achieved its success without the two reserve players allowed in tournament play due to limited scholarship availability.

“That would be like a basketball team playing with only five players during March Madness,” he said. “We had no flexibility in our lineup, but in spite of the big handicap, our players gave everything they had and they achieved the impossible.”

The team became the first to make the Division 1 President’s Cup in its first attempt, and SPICE Director Susan Polgar became the first woman to coach a men’s team into the final four competition, Truong said.

The Knight Raiders B team defeated Yale University’s B team, University of Texas at Brownsville’s C team, and Rider University.

Team members Davorin Kuljasevic and Gergely Antal also won individual titles, tying for having the most points on their boards, while Gabor Papp finished second behind them. 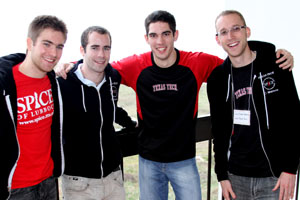 The Knight Raiders A Team tied for second place in Division 1 competition. 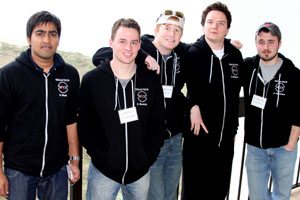 The Knight Raiders B team won the Division 4 title.