A Night of Cabaret Benefits Theatre and Dance Students

'Not at My Audition: My Half-Latin Life So Far' showcases alumnus Scott Gryder's performance career in Chicago. 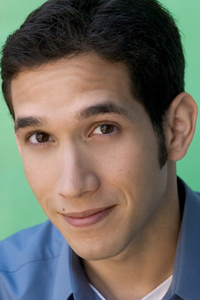 All proceeds from Scott Gryder's performance will benefit the Department of Theatre and Dance's scholarship fund.

The Department of Theatre and Dance presents “Not at My Audition:  My Half-Latin Life So Far,” an evening of cabaret featuring Texas Tech alumnus Scott Gryder with accompanist Nick Sula at the piano 8 p.m. Jan. 22 and 23 in the Maedgen Laboratory Theatre. All proceeds will benefit the department’s scholarship fund. Gryder also will offer a master class Jan. 23 about working in the professional world.

"'Not at My Audition' is a story about my struggles to become a performer," Gryder said. "It chronicles my performance career in Chicago over the last four years, starting with my leaving home. It follows me on auditions and travels through the rollercoaster of emotions that go along with the zingy ride of a life in performance.”

Gryder moved to Chicago immediately after graduation and is pursuing his singing and acting career there by performing in cabaret shows and theatre productions. The tenor recently appeared in “Songs in the Key of Today,” featuring songs from the “Mary Poppins, the Musical” creative team. Other stage roles include “The 25th Annual Putnam County Spelling Bee,” “The Buddy Holly Story” and “South Pacific.”