Philosophy professor Howard Curzer on his paper 'Take Your Job and Shove it: Mencius on Resigning and the Doctrine of the Mean.' 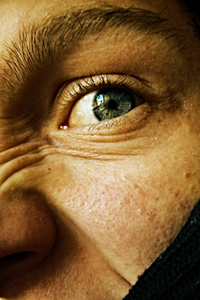 According to Mencius, an ancient follower of Confucius, an exploitative and unpleasant job is not a reason to resign.

While Johnny Paycheck’s song “Take This Job and Shove it” may hold some tempting advice, a Texas Tech philosophy professor said that people should also look to the philosophy of Mencius, an ancient Chinese follower of Confucius, for additional thoughts about resignation.

Howard Curzer, a professor in the College of Arts and Sciences, has been interested in Mencius since participating in a National Endowment for the Humanities seminar on the Confucian tradition in 2008. He recently presented a paper titled “Take Your Job and Shove it: Mencius on Resigning and the Doctrine of the Mean” at a conference at Montana State University.

"Paycheck's song is about resigning a job because it is exploitative and unpleasant," Curzer said. "These are good reasons to quit, but they are basically concerned with one's own happiness."

By contrast, Mencius is concerned with the happiness of others. Performing kind and charitable acts is a central aspect of his ethical ideal. The other three central virtues are wisdom, ritual propriety and righteousness.

Curzer said that according to Mencius, people should resign from advisory positions if those positions would require them to act wrongly or if their advice would not be taken. In general, one should resign if one’s job does not allow them to help others effectively. People should ask themselves if any good comes from their work. If over time, a person sees no good is being done, no one is listening or the company he or she works for is selling a worthless product, then it’s time to leave.

Paycheck’s song also discusses resignation due to insults from one’s boss. Mencius believed that by themselves, insults are not legitimate reasons to quit. But if the insults are signs that one’s advice will be futile, then quitting would be the right thing to do. Mencius could speak from experience. He was an advisor to a king, but resigned his position when insults suggested that the king did not respect him enough to follow his advice.

"Sometimes people in high-level jobs are blocked from helping others by inefficiency in the system or corruption among administrators," Curzer said. "In such cases, both Confucius and Mencius thought that one should resign and look for other ways to help people rather than waste one's time continuing on in the job."