Students from all over the country come to Texas Tech because of the success of judging programs. 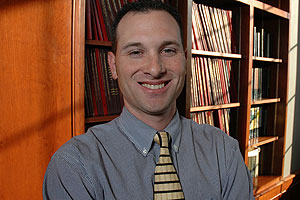 Ryan Rathmann, Texas Tech University’s livestock judging coach, emphasizes the importance of being selfless and acting as part of a team.

Rathmann, who has won six national championships – one for every year he has been a coach – has a selfless attitude when it comes to coaching and inspiring his students. Although Rathmann attributes his success to luck, but anyone can see that it’s a lot more than just luck that’s earned him the title of “the winningest coach in livestock judging history.”

He emphasizes the importance of being selfless and acting as part of a team, and his own understanding of this can be seen through his reaction to his success.

“It’s a satisfying accomplishment,” he said. “But, it’s more satisfying to know that all of the students I’ve coached over the years have had a positive experience and have accomplished something they’ll remember for the rest of their lives.”

Livestock judging isn’t the only team that’s garnered national championships at Texas Tech. The meat judging team is also known for excelling and developing skills in students that will help them succeed later in life. Mark Miller, professor and San Antonio Livestock Show Distinguished Chair in Meat Science as well as coach of Texas Tech’s meat judging team, said its very humbling to have such a successful program, which he says is possible because of the hard work of the students.

“I am honored to be at Texas Tech and to get to work with such great students,” Miller said. “I feel a tremendous amount of pride and excitement about the team’s accomplishments.” 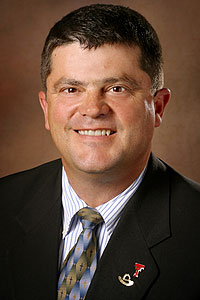 Mark Miller, Texas Tech’s meat judging team coach, believes in developing skills in students that they can take with them and use to help them get a job and be successful both personally and professionally.

Miller said being a member of these judging teams helps students develop skills that will help them down the road in their personal and professional lives.

“The program is not about winning,” he said. “It’s about developing skills in students that they can take with them and use to help them get a job and be successful both personally and professionally.”

Rathmann said livestock judging is extremely effective in developing public speaking skills, which can make a difference in terms of how successful students can be in their chosen careers.

“I could go on and on about the skills students gain from competing in livestock judging,” Rathmann said. “But, the number one skill is communication. Students also learn rational decision making skills and the ability to excel in a competitive environment under pressure.”

Aside from the various skills students develop, they are also able to build connections in their fields, which can later lead to career opportunities. Rathmann said the majority of students on the judging teams will end up working in agriculture.

“Through traveling across the country while on judging teams, students gain exposure to different types of production systems and to a network of people which they benefit from both professionally and personally,” Rathmann said.

Miller and Rathmann both agreed that the university benefits from the success of its judging teams. Texas Tech receives national exposure when these teams excel, and the success helps the university to bring in potential students.

“Success begets success,” Rathmann said. “It’s a lot easier to recruit when you have a successful program. But, that is something we’ve earned.”

Miller said there are students from all over the country who come to Texas Tech because of the success of the meat judging program. Rathmann said the university supports the judging teams and all their accomplishments.

“From top to bottom at different levels they care about what we’re doing and they support the kids,” Rathmann said.

For both Miller and Rathmann, winning national championships is only part of their story.

“I tell my students: you’re just writing a chapter in your book of life here at Texas Tech,” Miller said. “And, I encourage them to go out and write the rest of their book with honor and integrity when they leave here.”

Meat Judging Team Claims National Championship
The 2009 Texas Tech meat judging team is one of the most successful in school history.

Livestock Judging Team National Champions for Third Consecutive Year
The competition tested the contestants’ knowledge of cattle, sheep and swine as well as their oral reasons.